David's story: "Positive People treat everyone as an individual with individual needs" 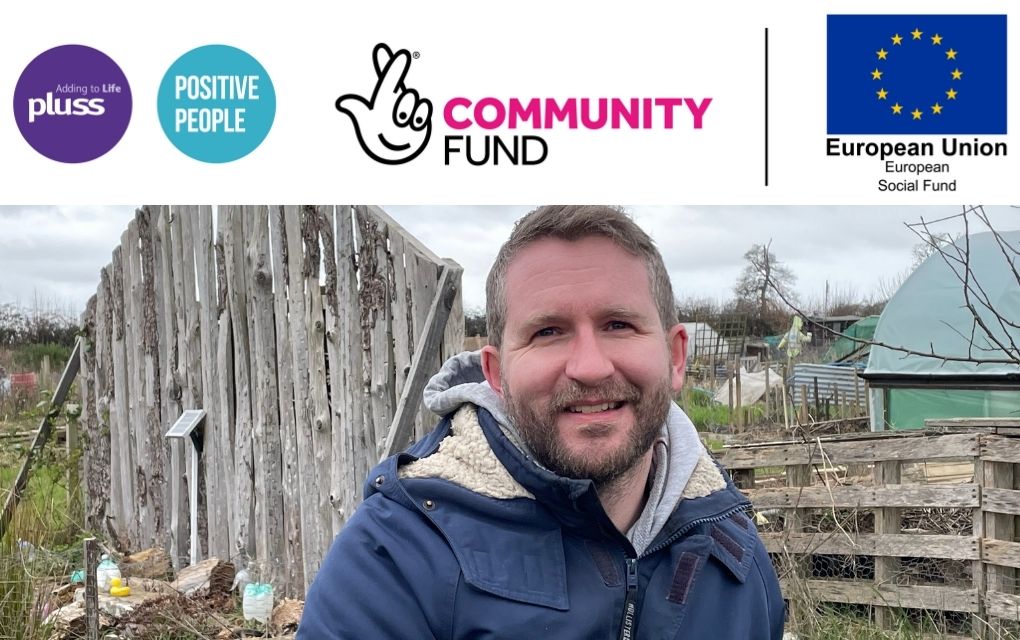 Sometimes, finding a way to employment seems like a huge challenge. Yet it can often be broken down into a path of smaller steps, each one edging you ever closer to that end goal. Each of those steps are important, and they are different for everyone.

David joined Pluss on the Positive People Somerset programme around a year ago, and he feels its success is down to treating everyone as an individual person with individual needs.

We met up with David on a visit to see the new allotment gifted to Positive People Somerset by Yeovil Town Council. A plot of land – in need of lots of TLC – that will be transformed over the coming weeks and months to create a new outdoor space, where participants can enjoy some fresh air and even grow fruit and vegetables to sell at the local market. (Find out more HERE) David intends helping with the transformation of the allotment because he feels he wants to give something back for the support he’s received. He took time out from his visit to tell us a bit about his own journey:

“I’ve suffered from anxiety and depression since I was a teenager,” he says. “It came on really bad at university. I struggled with it and that was the first time I was given medication. But there was nothing else. Just the medication. Then I was sent on my way.”

David has had a variety of jobs over the years, all of them customer-facing. He’s been in the licensed trade, running hotels and restaurants, he’s taught photography and he’s worked in retail management.

But it was whilst he was working as a wedding photographer, and his own marriage broke down, that he was hit by what he calls ‘a pretty big episode’ of anxiety and depression once again.

“I couldn’t think of anything worse than standing in front of a large group of people. I just couldn’t do it. I could barely go into a supermarket at that time,” he reflects.

David applied for Universal Credit and was assessed as being unfit for work. But he really wanted to get back to some kind of employment and was referred to the Pluss Positive People team in Somerset to look at what his options might be: “It was a case of looking for something that would help me get back to work at some point in the future, but also looking at something that would allow me to get better and enable me to concentrate on my wellbeing, which is what really needed to be done.”

And that’s just what Positive People Somerset provides. “In the early days it was probably 90% wellbeing and 10% training and getting prepared to get back to work. It was a case of them making sure I was ok and telling me what was available once I was ready. Even now, around a year later, I’d say it’s 80-20. Wellbeing is still a huge part of the programme.” 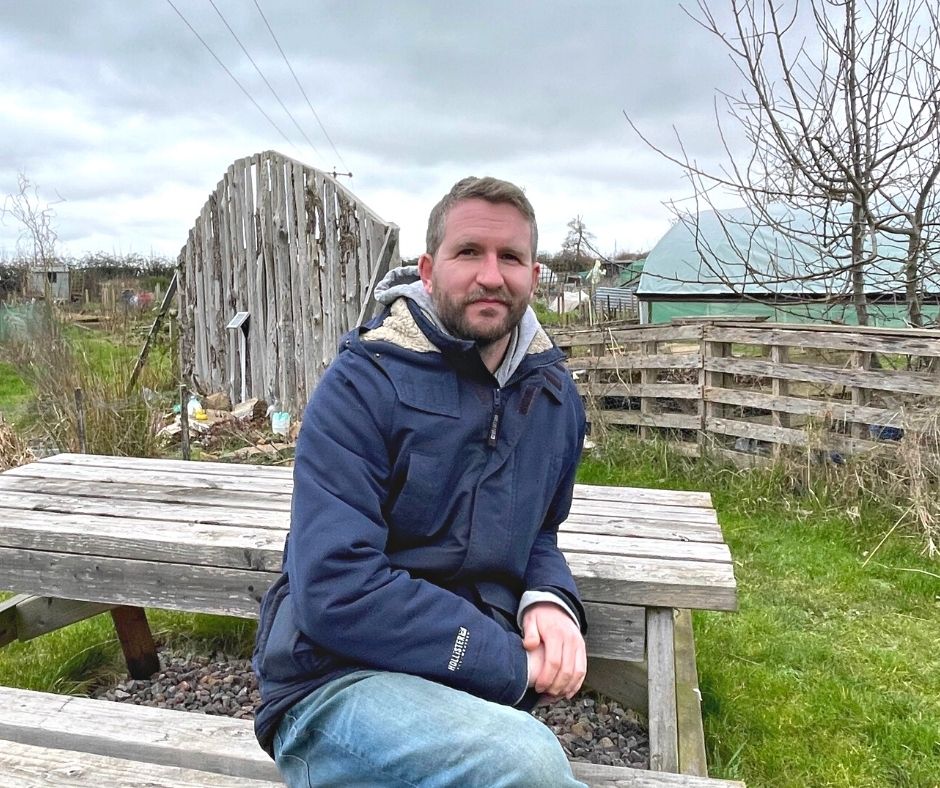 My bi-weekly calls are a check-in to see how I am and how things are going. That's something I just didn't get from any other place.

David Talking about the support he received from Positive People Somerset

The Positive People programme allows everyone to take things at their own pace. Everyone is different and the course is tailored to each individual and their unique and specific needs.

David says he’s really appreciated the support on offer; “It’s a big thing moving from being employed – where someone else is making all the decisions – to doing it all myself as a self-employed person. It’s a BIG step!

“But they (Positive People) have people who are specifically trained to help, so that the anxiety of filling in a tax return or completing other paperwork is not there – because I know I’ve got somebody at the other end of the phone who can talk me through it. “When you work for someone else you get given training and your pay cheque comes in at the end of each month – but I’m doing it all on my own. But I know that I’m not really on my own because I’m supported – and that’s the big difference. I don’t think I’d ever have taken this step without their support.

“They’re so patient and helpful and that’s the individuality side of things – each person is treated as an individual case and not just a number on a piece of paper or a tick in a box.

“They deal with so many people yet, each time, I don’t feel like someone they’ve just read the notes on. They know me. That’s really important.”

So what are David’s thoughts about getting stuck in and helping out with the allotment?

“I think it’s going to be great. Socially, meeting new people – I have to admit that my friendship group is smaller than it used to be – but also exercise, being out in the countryside and the opportunity to help give something back for what they’ve done for me.

“I know it’s their job, but it doesn’t feel like that and I think community projects like this can only be a good thing for people’s mental health. I think it’s a brilliant idea.

So how is the future looking for David?

“I’ve another course coming up and then it’s literally a case of getting out there. The need for support will start to reduce but the team have always told me that their mobiles are always on if I need anything and to give them a shout. Whether I’m on the programme or off they are still happy to help.

“I don’t intend calling them every five minutes but it’s great to know that there’s actually someone there who knows me and cares and wants to help. And that’s the important thing.”

And he’s under no illusion about the road ahead.

“None whatsoever! But I do know that the career I’ve chosen (as an electrician) is one that will always be in demand. There is always more training to be done and lots of other things I can expand on and that’s what I’ll do. But I know that I’ll always have the support of Pluss’ Positive People along the way.

And as David comes towards the end of his time on the Positive People programme, we wish him all the luck in the world. And maybe we will bump into him again when he’s helping turn this overgrown patch of land into a fully operational allotment.